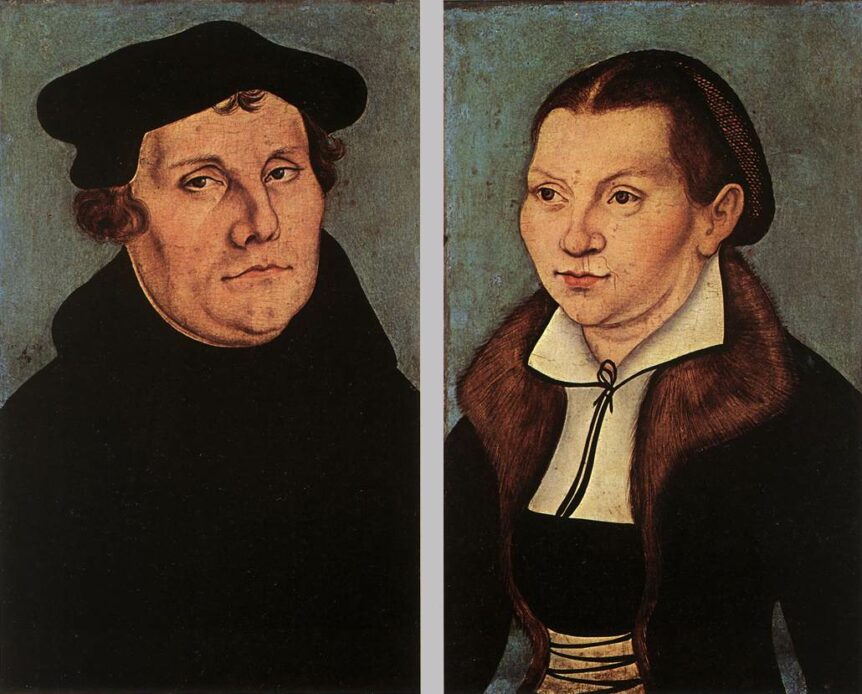 After Martin Luther was excommunicated from the Catholic Church he found all kinds of freedoms he had not previously known – such as getting married. According to some accounts, Luther “smuggled” about 6 nuns away from a convent in huge flour barrels. These nuns wanted to leave the Catholic Church and join the ever-growing Protestant movement and Luther set out to find each of the nuns a husband. He was successful with 5 of them and the one he couldn’t marry off – Katherine von Bora – he married on June 13, 1525. Martin was 41 and she was 26 and they had 6 children plus raised 4 orphans. Sounds like Marty got a good deal.