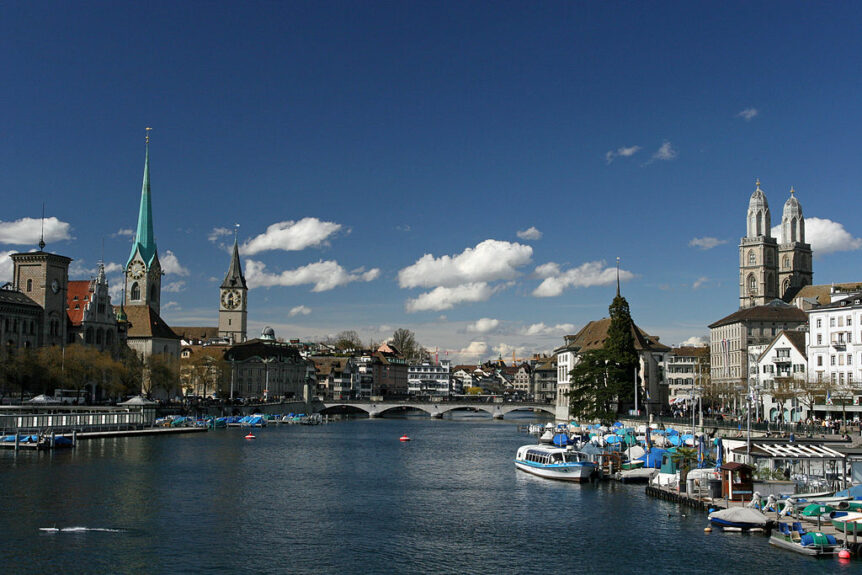 This beautiful picture is of the Limmat River as it runs through Zurich, Switzerland. It was also the site of the first Anabaptist to martyred named Felix Manz. Manz and his fellow Anabaptists disagreed with the Protestant Giant Huldrych Zwingli on infant baptism because it was not scriptural. But Zwingli’s Zurich City Council outlawed “re-baptizing” adults and Manz refused to stop performing baptisms. He was sentenced to death on January 5, 1527, by being drowned in the Limmat River (irony duly noted).