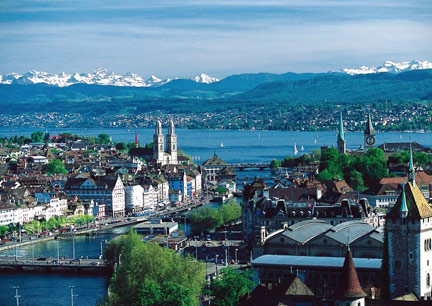 Anabaptist is the derogatory name given to Protestants in the 16th century who didn’t believe in infant baptism. Anabaptists believed an infant can’t decide for herself/himself to accept Christ so they were “re-baptized” and labeled heretics. To ensure discipline and a bit of irony, instead of being burned at the stake by their fellow Protestant brothers for refusing to recant, they were drowned. The last two drowned in Zurich, Switzerland (pictured here) were Heinrich Karpfis and Hans Herzog who died on March 23, 1532.