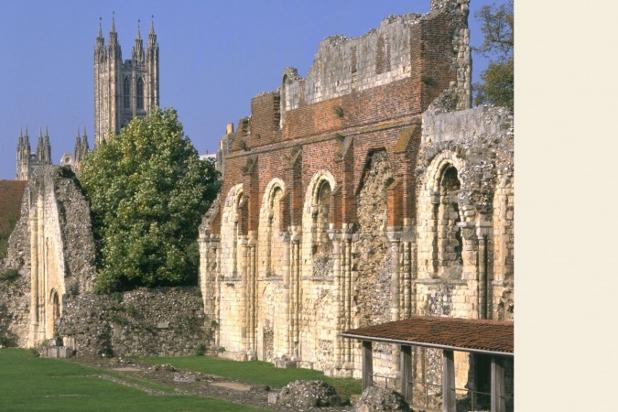 Education is a broad enough term that we have to think of it as relative to the times when it’s discussed. In medieval England, education was offered to many in Canterbury because of the efforts of St. Adrian who died on January 9, 710. This is the same Canterbury as in the Archbishop of Canterbury and the Canterbury Tales and Adrian made it a place of learning for all of the British Isles. This is a picture of what’s left of the St. Augustine Abbey at the Canterbury Cathedral compound where Adrian taught and educated Brits.