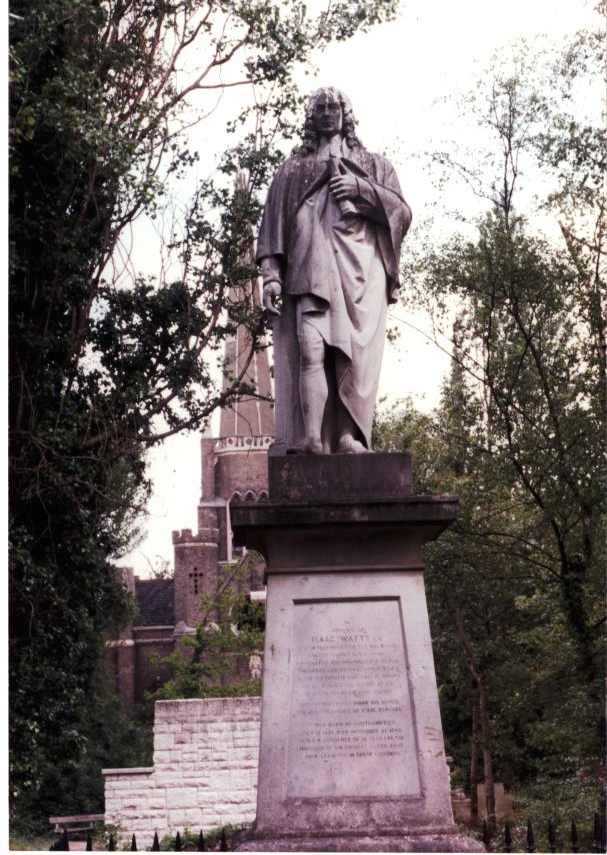 When you are the author of “Joy to the World”, “When I Survey the Wondrous Cross”, “Marching to Zion” and “Alas! and Did My Saviour Bleed” you are in the Hymn Writer Hall of Fame. So Isaac Watts makes the cut with these hymns he wrote and an additional 514 to his credit. Because he and his father would not conform to the Church of England’s dictates (dubbed “Non-Conformists”) Isaac was not allowed to attend university at Oxford. However he was called as the pastor of a church in Newington, England on January 15, 1702 and this is a picture of the only statue of him in England.