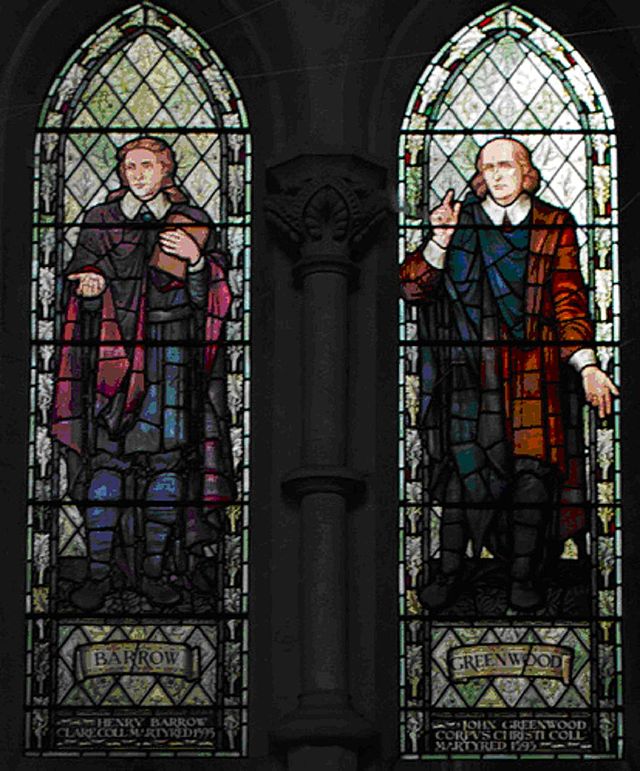 Many Americans fail to keep in mind that the Pilgrims who landed at Plymouth Rock were fleeing persecution from the Church of England and not the Roman Catholic Church. Henry Barrowe and John Greenwood are good examples of the persecution. Barrowe and Greenwood were leaders in the Puritan movement and they made the case to leaders in the Church of England that after a serious search of Scripture they saw no basis for the creation of the Church at all – and thus is should be abolished – which cost Barrowe and Greenwood their lives by hanging on April 6, 1593. These are stained glass windows bearing their likeness in the Emmanuel United Reformed Church at Cambridge.