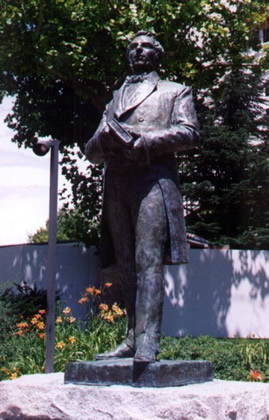 Joseph Smith, the founder of the Church of Jesus Christ of Latter Day Saints, was lynched on June 27, 1844 in Carthage, Illinois. The locals had “sort-of” tolerated Smith’s perverted version of Christianity but when he approved polygamy and multiple wives it was the straw that broke the camel’s back. His successor Brigham Young would soon guide the Mormons to safer territory in Utah.