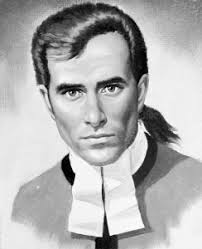 David Brainerd is best known and loved because of what we left behind – not just what he accomplished during his lifetime. He was a missionary to Native Americans who lived primarily in New Jersey and his diary has inspired an untold number of Christians. His missionary journey began on June 19, 1745. He died at age 29 from tuberculosis and the great Jonathan Edwards preached his funeral.