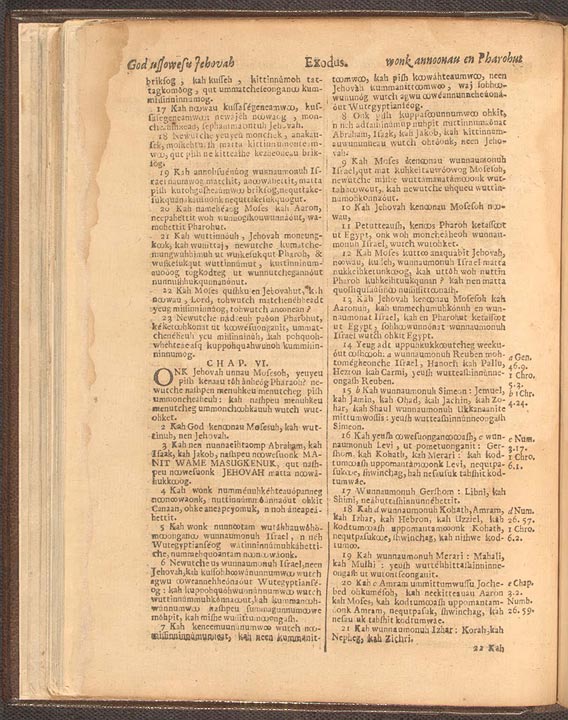 The first Bible printed in America was for the first Americans: the native American Algonquian people. When it was printed on July 2, 1752, it was cheaper to buy an English Bible from England so printing in the colonies was prohibitive. However, a man named John Eliot wanted Native Americans to read the Word so he had the Bible translated and printed in Boston