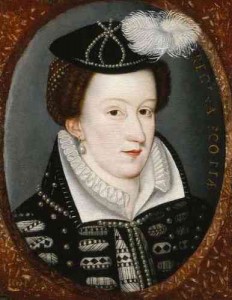 The question of England staying Protestant after the eventual death of Queen Elizabeth I was plotted and debated in many circles. Since Elizabeth was not married the question of her successor’s religion was important to both Catholics and the Church of England. A potential heir was her very-Catholic-French-loving cousin Mary, Queen of Scotland. Mary got a bit uppity and decided she could stage a coup against the Queen but Elizabeth had Mary put in prison and on February 8, 1587 Mary was beheaded. Mary’s son however would go on to succeed Elizabeth and he was decidedly Protestant – he was King James I.