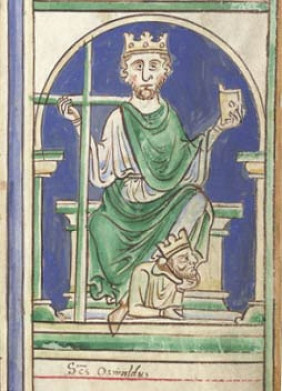 Before the interest in medieval series like The Vikings or the Last Kingdom exploded there were real live kings of Northumbria and Mercia in modern day England and Wales. One king who became a Christian after being converted by the famous monk Columba at the Iona monastery was the Northumbian King Oswald. He was committed to his faith and fought battles against pagans but was killed on August 5, 642 defending his kingdom against the pagans of Mercia.