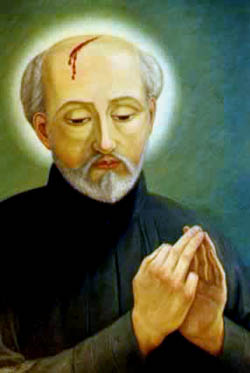 Roman Catholic priest Isaac Jogues’ commitment to convert the Iroquois Indians in French Canada went well beyond the call of duty.  After a Huron band of Iroquois murdered his fellow priests, Jogues initially hid out but made the decision the only way to keep his witness was to turn himself into band searching for him on August 2, 1643.  The Indians mutilated his fingers to the degree he couldn’t perform the Eucharist, but he was given a special dispensation from the Pope to continue his priestly duties.  After all that he requested to return to Iroquois who then grew suspicious of him and tomahawked him to death.