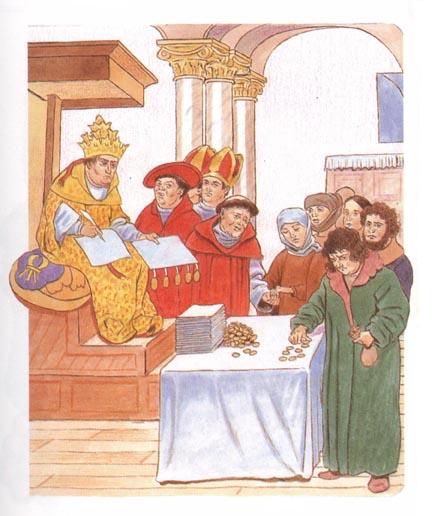 For about 70 years starting in the late 1300’s, there were three men who all claimed to be the Pope at the same time.  Known as the Avignon Captivity (because the Papal See was moved from Rome to Avignon, France) the full story has way too much history to be a snippet.  The prevailing Pope was Gregory XII who issued the first papal edict (known as a “bull”) authorizing indulgences on September 9, 1411.  This would be a major disagreement for a church educator in Prague named Jan Hus who would find himself burned at the stake four years later for his refusal to accept Pope Gregory XII’s bull.