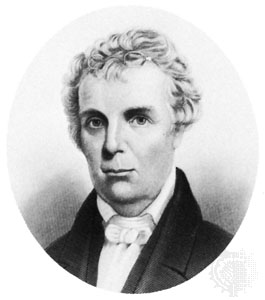 Barton Stone, along with others in the Kentucky Synod of the Presbyterian Church, were censured for their disbelief in the Trinity, predestination and election – as well as other doctrines. What became known as the Stone-Campbell movement began on September 12, 1803 when the Springfield Presbytery is formed. The Stone-Campbell movement would eventually become the founding of the Church of Christ and the Disciples of Christ.