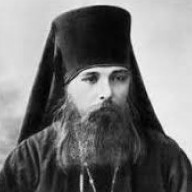 Alexander Ivanovich Shchukin was the Archbishop of Semipalatinsk in modern-day Kazakhstan. Tired of the Soviet Union’s treatment of placating the Russian Orthodox Church, he bravely began to preach against the evils of Communism and the God-less nation of the USSR. Joseph Stalin had him shot on October 17, 1939.