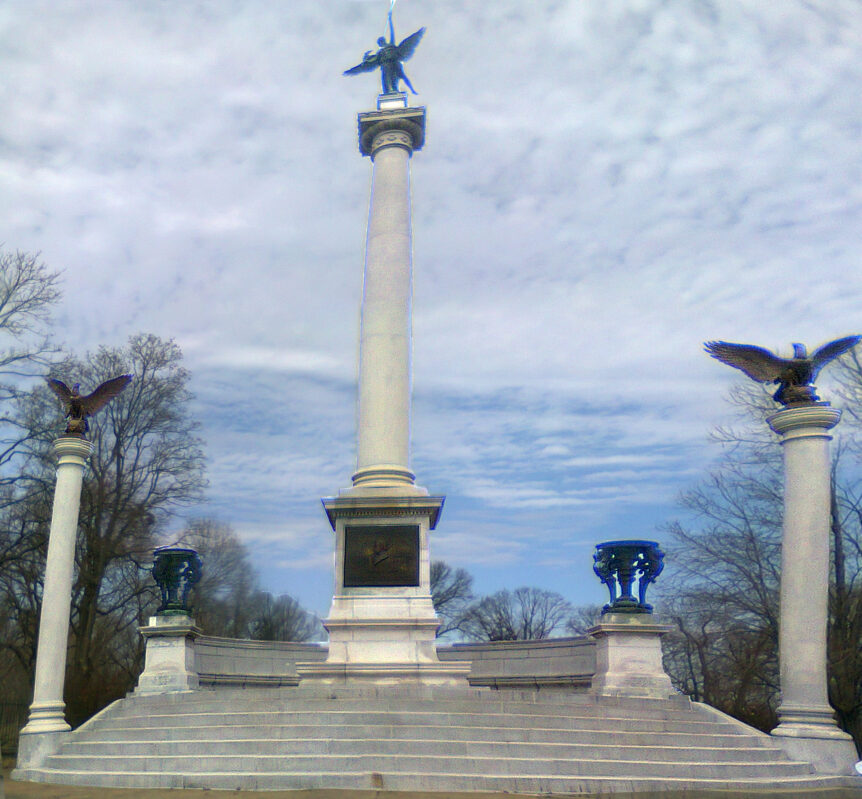 Presbyterian minister Elijah Lovejoy was murdered on November 7, 1837 in Alton, Illinois. A staunch abolitionist and fighter of slavery, Lovejoy also owned a newspaper that had been firebombed three times by a mob. After vigorously defending a slave who was burned alive by pro-slavery forces, the mob set fire to his warehouse. Lovejoy was shot trying to beat-back the fire. His death was a major rallying cry for Northern Abolitionists before the US Civil War. This is a monument to him in Alton.