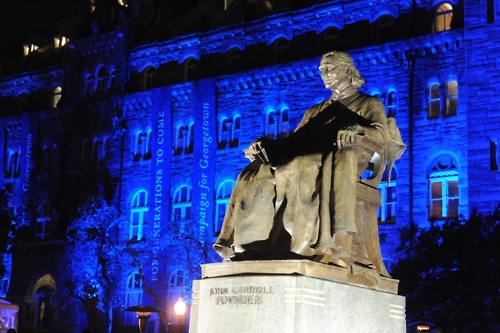 John Carroll became the first Roman Catholic Bishop in America when he was confirmed by Pope Pius VI on November 6, 1789. In addition to being the Bishop of the Baltimore Diocese, Bishop Carroll also founded Georgetown University in Washington, DC. He was from a true Founding Father Family: His brother Daniel was a signer of the US Constitution and his first cousin Charles was the longest living survivor of the Declaration of Independence’s signers. This is his statue on GU’s campus.