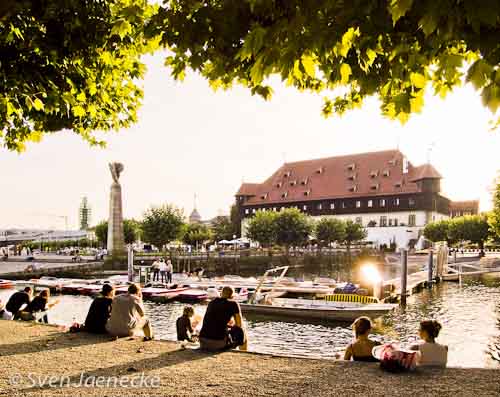 At one time in the late 1300’s three men claimed to be pope at the same time (known as the Avignon Papacy) and stirred up plenty of controversy. All of that ended when the Roman Catholic Church’s Council of Constance convened on November 5, 1414 in modern day Austria in this former warehouse. In addition to selecting a new pope, they officially cursed John Wycliffe of Oxford, England for his translation of the Bible into English and condemned Jan (John) Hus to death for his beliefs that were contrary to the Church’s teaching on Scripture. Hus felt every believer should be able to read the Bible for themselves.