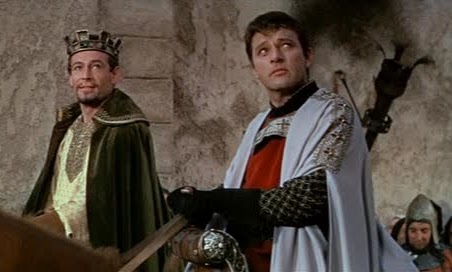 When Henry II was king of England way back in the 1100’s he began the efforts to curb the power of the clergy and begin to pull away from the influence of the Pope and Rome. He held a conference called the Constitutions of Clarendon on 16 articles that set forth what these restrictions on the church would be and he got all the English clergy to agree but one: The Archbishop of Canterbury Thomas Becket. Archbishop Becket and the king had been compatriots until this time and Becket went into hiding in France. For a while King Henry played nice but on November 30, 1170 Becket crossed the English Channel only to be assassinated by Henry’s henchmen four weeks later. Annual pilgrimages to Becket’s grave are the setting for Chaucer’s The Canterbury Tales and an Oscar-award winning movie starring Peter O’Toole and Richard Burton.