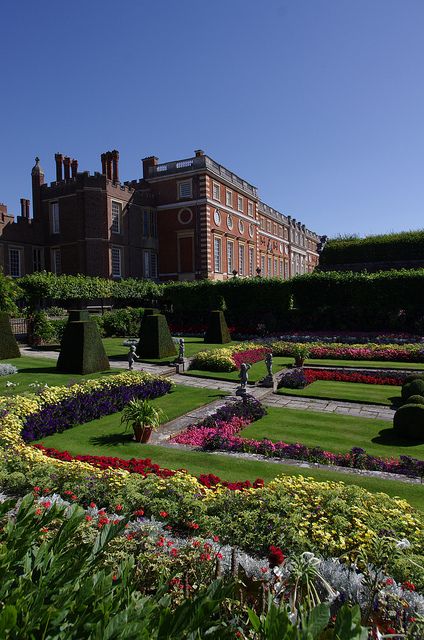 King Henry VIII’s desire for a divorce can’t be overstated when we discuss how the Bible was put together and how the Protestant Reformation came about in England. Cardinal Thomas Wolsey was very powerful in King Henry’s court and held influential government offices while he served as Cardinal – and Archbishop of York. His home near London is called Hampton Court (pictured here) and he lost it all to Henry because he was unable to negotiate a divorce from the pope for Henry to leave his wife Catherine of Aragon. Henry called Wolsey back from York to London to try him for treason, but Wolsey died on the trip back on November 29, 1530. Hampton Court was also the site of the meetings that developed the King James Bible.