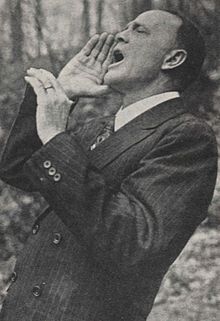 The most dynamic and influential evangelist in the first two decades of the 20th century was Billy Sunday. Sunday, a former baseball player, was born in Ames, Iowa on November 19, 1862. He estimated that during the time of his ministry over 100 million people would attend over 300 of his revivals and over a million people would come to know Jesus as their Savior.