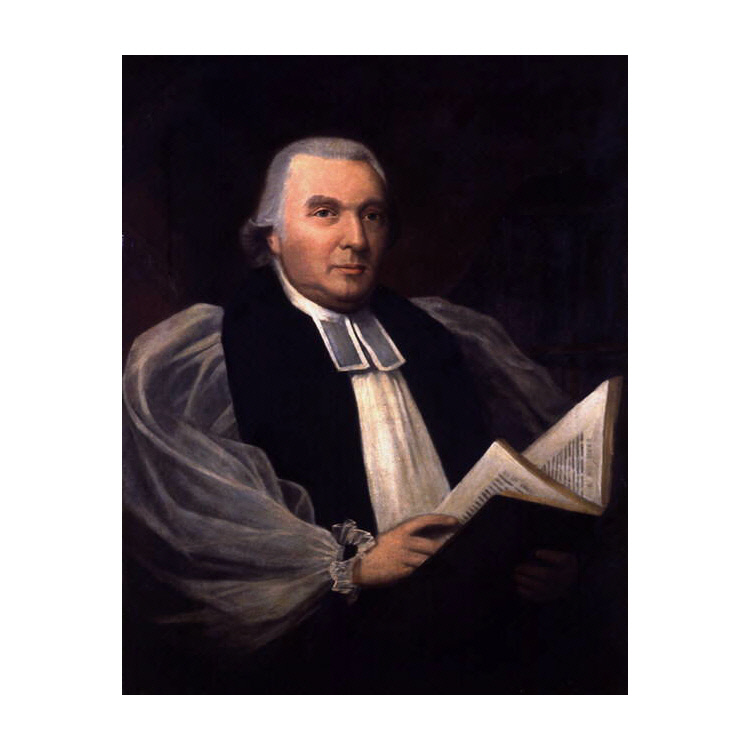 American Samuel Seabury had to travel to Scotland to have his consecration ceremony as a bishop in the Church of England because he would not swear allegiance to King George III (you may recall America had just fought a revolution against him).  After his consecration on November 14, 1784, Seabury became the first Anglican (Church of England) bishop in America and five years later would reorganize the American Anglicans into what today is known as the Episcopal Church.  This is his portrait that hangs in the National Portrait Gallery.