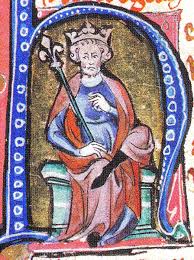 The idea of pagan Vikings ransacking monasteries and churches throughout England for 200 years isn’t hard to imagine because it was true. But for Danish king Canute of occupied England, he built churches and monasteries and supported the spread of Christianity in Denmark. When he died on November 12, 1035, he took church support to a new level that began with his grandfather King Harald Bluetooth.