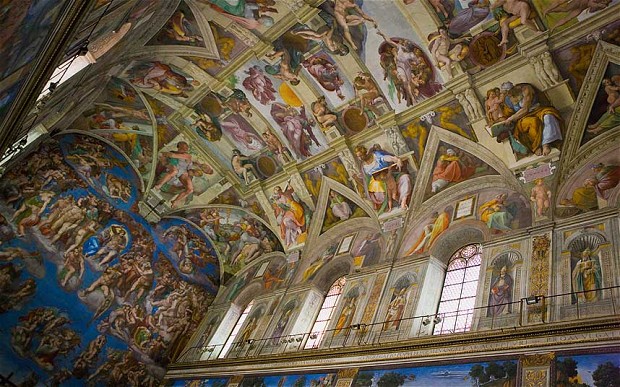 One of Michelangelo’s most famous works, the painting of ceiling of the Sistine Chapel – was unveiled to the public on November 1, 1512. Known as the “Pope’s Private Chapel”, it was named for Pope Sixtus IV and is the site of the gathering of the College of Cardinals when a new Pope is elected.