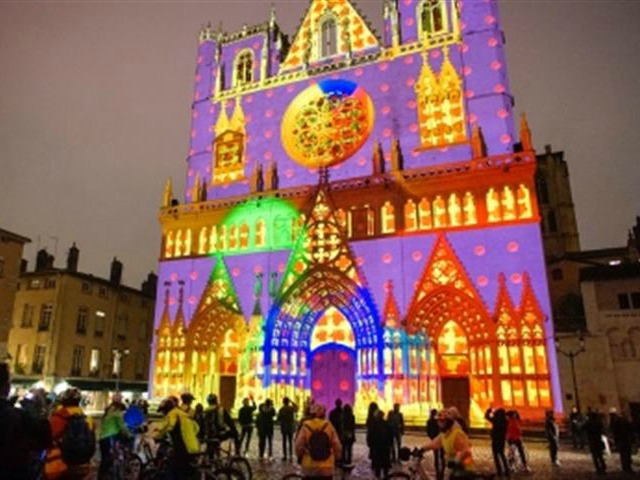 The biggest church split ever was between what we today call the Roman Catholic Church headquartered in Rome and the Greek/Russian Orthodox Church in Constantinople (now Istanbul). It happened in 1095 and was called The Great Schism (I would make the point the Reformation was not a split but a total “do-over”). On May 7th, 1274 the two groups met in Lyons, France for the 2nd Council of Lyons and seemed to have an agreement over the biggest issue which was the language and wording of the church creed about the role of Jesus as God’s Son. Even with 500 delegates/church leaders in attendance the Orthodox church would ultimately reject the Council’s agreement. This is a picture of the cathedral at Lyon all dressed up for Christmas.