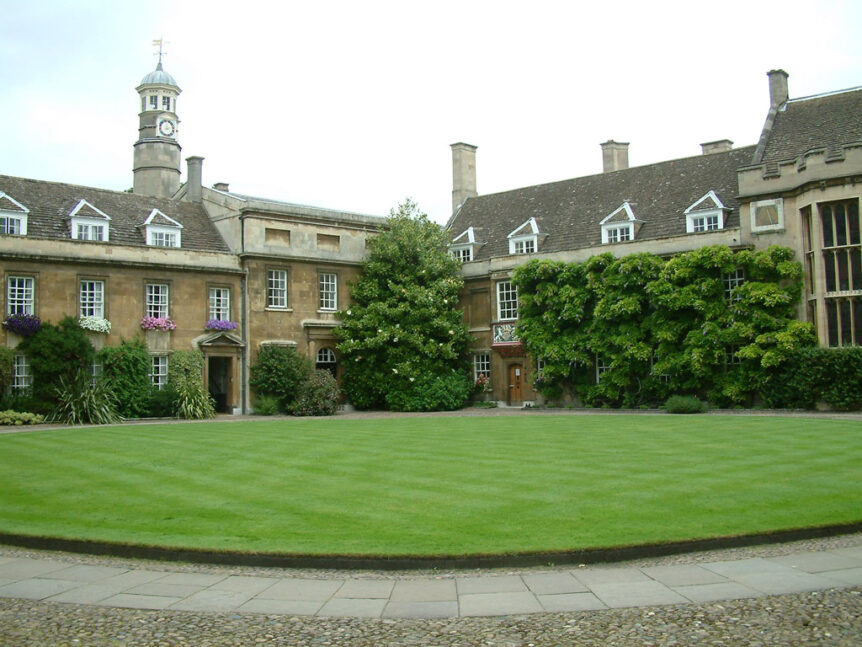 One of the greatest Christian apologists was an Anglican scholar named William Paley who died on May 25, 1805. Paley argued against the deists of his day that divine revelation for the existence of God and nature were as valid an argument as “logic and reason.” His book A View of the Evidences of Christianity was required reading for all students attending Cambridge where he taught philosophy and Greek. In a turn of irony, he was a graduate of Christ’s College at Cambridge (pictured here) and his portrait hangs just a few feet from another of Christ’s College’s famous alums: Charles Darwin.