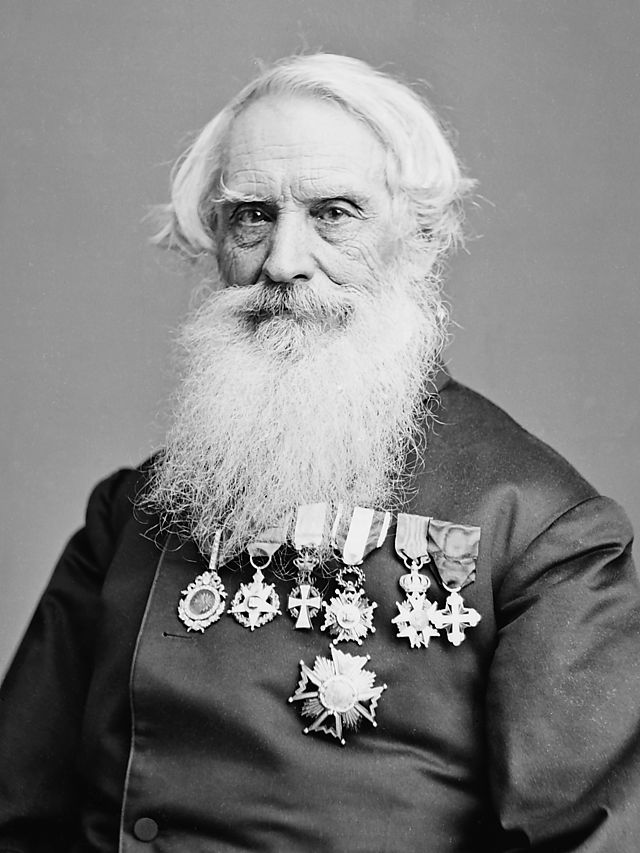 Samuel B. Morse was far more accomplished than inventing Morse Code and the telegraph. A renowned artist, he kept a studio in Charleston, SC and ran for mayor of New York. On May 24, 1844, Morse sent the first telegraph message from the old Supreme Court chamber in Washington, DC to the B&O Railroad station in Baltimore. The first message was the idea of the daughter of the director of the patent office and she chose a passage from Numbers 23:23: “What hath God wrought.” Many nations honored him with medals and honors which he wore for this picture in 1866.