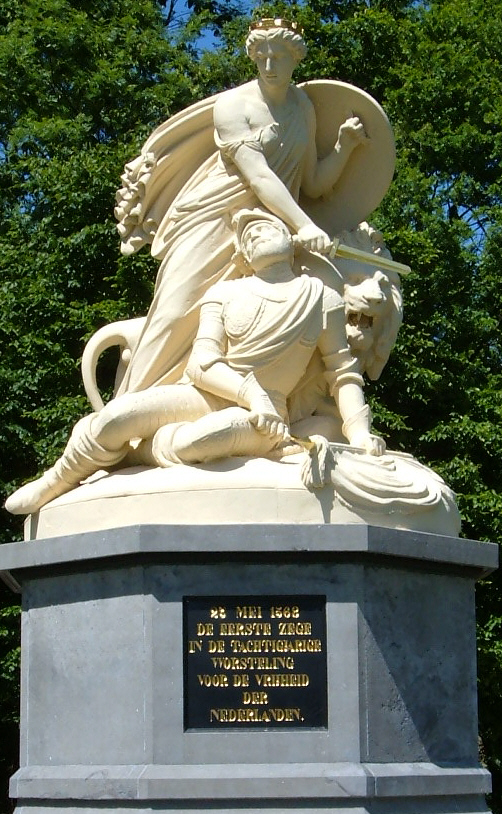 Holland became a solid Protestant stronghold in the 1500’s and it became more and more resentful of being ruled by Catholic Spain and overshadowed by Catholic France. So what to do other than go to war to gain some independence? On May 23,1568 the Dutch rebels defeated the Spanish in the first battle of the Eighty Years War for their independence at the Battle of Heiligerlee (no I can’t pronounce it). The Dutch were led by a Protestant reformer named Louis of Nassau whose brother William of Orange would become king of England and would co-rule with his wife Mary II of William and Mary fame. This is a statue honoring the battle.