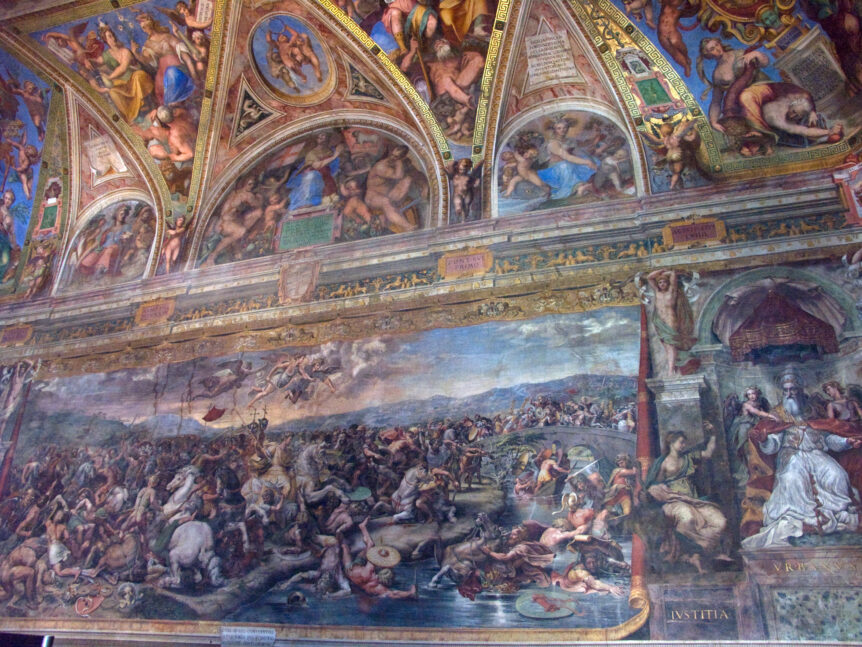 The first “Christian Roman Emperor” was Constantine (who called the Council of Nicea together on May 20) and made it legal to practice Christianity in the Roman empire. There are very scholarly differences on whether he was truly a Christian but he certainly did things that helped Christianity spread. His conversion experience occurred when he was in a battle at the Milvian Bridge just outside Rome when he supposedly saw a vision of a cross in the sky. This is a fresco in the Vatican of the battle. He died in the city named for him, Constantinople, on May 22, 337.