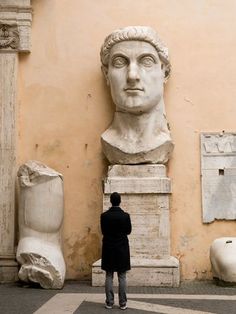 Did you ever hear “be careful what you ask for”? After the Roman Emperor Diocletian issued his “Edict Against the Christians” in 303 AD, when Constantine became emperor all that went away and Christianity would not only be allowed but eventually official. Before he died on March 22, 337, Constantine put the Roman Emperor as the titular head of the church and it was quite some time before the government was no longer calling many of the shots. The first church council, the Council of Nicea, was called under his edict in 325 AD.