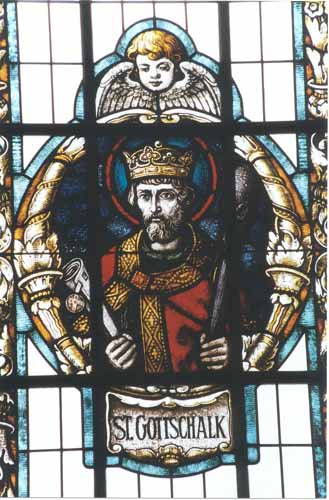 Gottschalk was a prince of the Obotrite Confederation that existed in today’s northern Germany regions of Mecklenburg and Holstein. The Obotrites loosely banded together based on who they were fighting like Swedes and Danes and Saxons. The Obotrites were pagan people – in spite of influences from neighboring Charlemagne – and Gottschalk worked to bring his people to Christianity. But his pagan countrymen overthrew him and killed him on June 7, 1066. He was eventually made a saint.