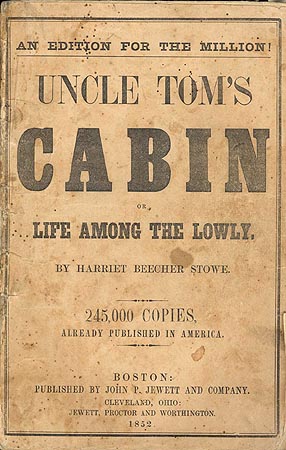 There are about a dozen books (depending on who is counting) that Americans can say made a huge political or social impact and Uncle Tom’s Cabin was certainly one of them. It was first published as a serial in a magazine called the National Era on June 5, 1851. The author, Harriet Beecher Stowe, was a committed Christian who felt the transformative power of Christ’s love and faith could make a difference in the abolition of slavery – and she was right. By 1852 the serials were published as a book after 245,000 copies had been distributed.