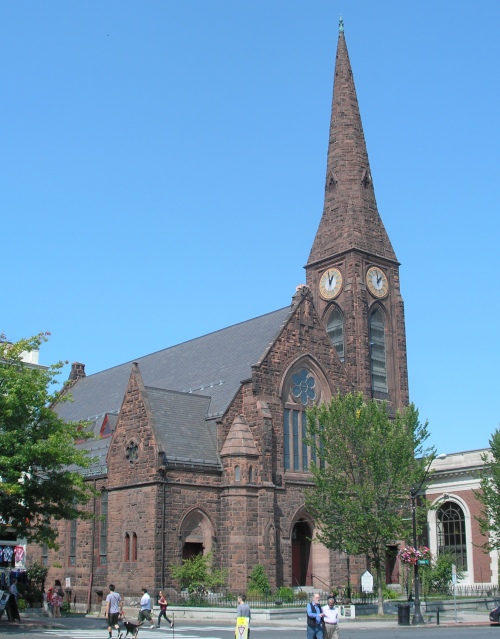 If we were to rank theological intellect on a scale of 1 to 10, Jonathan Edwards would be a 57 at least. He was a major earthly-reason for the Great Awakening of the 1730/40’s but on June 22, 1750 he was dismissed from his Northampton Congregational Church because he would not agree to give communion to members unless they had made a public profession of their salvation. He went on to other churches and eventually was president of Princeton University. This is a picture of the current church built in the 1870’s on the site of the church that sent Edwards on his way.