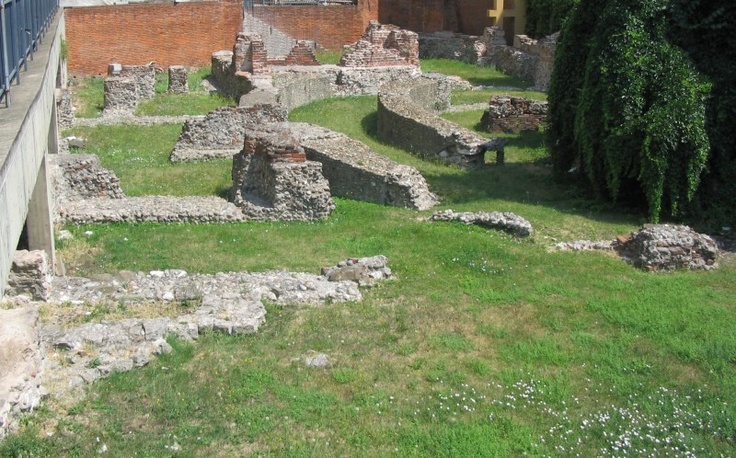 Under the category of “be careful what you wish for” when the Roman co-emperors Constantine and Licinius issued the Edict of Milan on June 15, 313, they immediately made it legal to practice Christianity in the Roman Empire. This was very welcomed news on the heels of the Edict Against the Christians issued by Emperor Diocletian 10 years before. Diocletian’s Edict was one of the worst for Christians and found thousands killed or maimed or the Scriptures burned. On the other hand, after Constantine became sole Emperor, the Roman government was directly involved in church business such as the first church council of Nicea in 325 AD. This is a picture of the ruins of the palace in Rome, Italy where the Edict of Milan was issued.