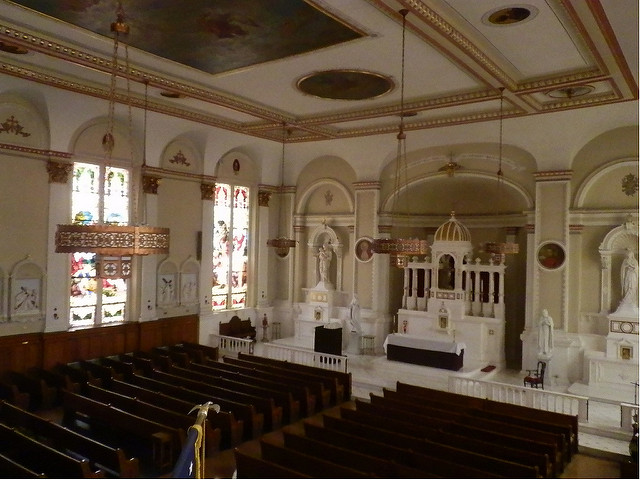 Immigrants taking “American native” jobs was just the beginning of the problems that caused the Kensington Riots in Philadelphia, PA in 1844. Philadelphia’s Irish Catholic immigrant population was booming and “native” Americans were increasingly angry when the Irish would work for less wages. At St. Phillip Neri’s Catholic Church in the Kensington district, the first free Catholic School in the nation, their use of the Catholic Bible (as would be expected) also angered the Protestant groups. Homes were burned in May of that year then the priest at St. Phillip Neri armed members of the church to defend themselves as riots began again. On the evening of July 5, 1844 the local militia wheeled in three canon aimed at the church and over 1000 mob members would show up by dawn. By the end of the next day the mob was scattered. This is a picture of the inside of St. Phillip Neri’s church which stands today.