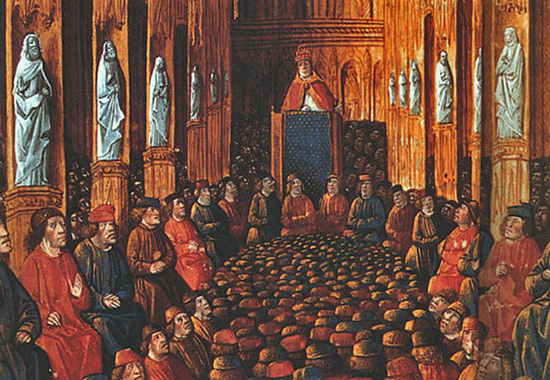 When Pope Urban II called for all of Christian Europe to “fight the infidel” Muslim Turks who had control of the Holy Land, he used the opportunity to heal a big fight between the Pope and the Holy Roman emperor (another story for another day). A common enemy does a lot for internal spats. Urban II died on July 27, 1099. This is a painting of the beginning of the crusades in Clermont, France.