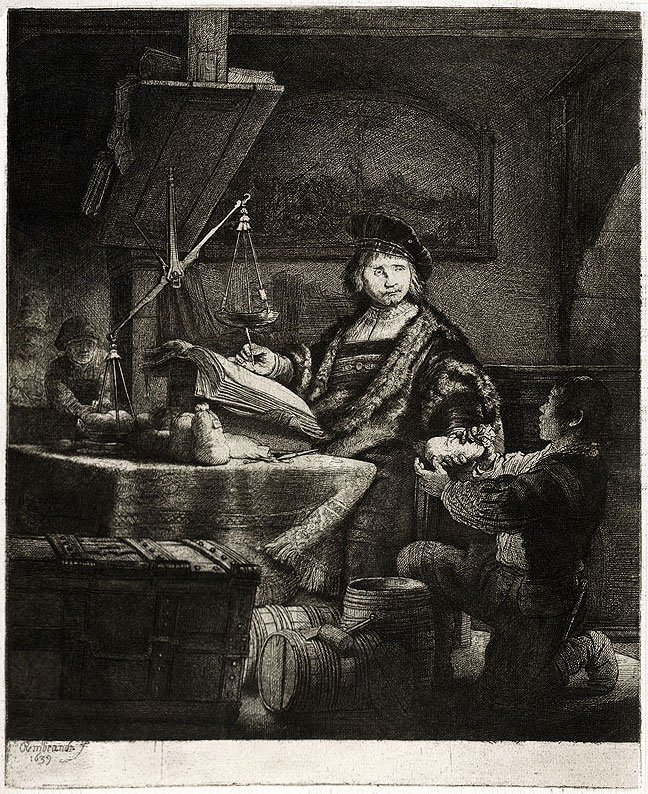 Calvinism has found its detractors from the time John Calvin penned his great work Institutes of the Christian Religion in 1536. One detractor was Jacobus Arminius who was a leader in the Dutch Reformation and argued against Calvin’s ideas on subjects like predestination and grace. After his death, 44 pastors from Holland signed a list of issues they felt were theological arguments against Calvinism which were drawn up by the “national tax collector” named Jan Uytenbogaert on January 14, 1610. This is an etching of Uytenbogaert (don’t ask me to pronounce it or have it pass spell check) done by Rembrandt. These Arminian-anti-Calvinist arguments were called the Remonstrances and culminated in the Synod of Dort (another story for another day).