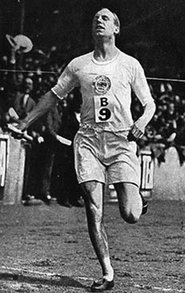 Anyone who has seen the Oscar-winning movie “Chariots of Fire” recalls the true story of Olympic athlete Eric Liddell making world-wide news when he refused to run on a Sunday. He felt it was disobeying the commandment of keeping the Sabbath. He went on to set a record in the 400 meters but more importantly he followed his parents’ footsteps and became a missionary to China. He was put in a Chinese concentration camp and died on February 21, 1945 having shown every fellow camp member what it means to live for Christ no matter where you are planted.