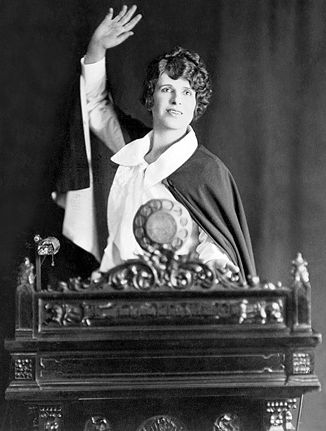 On December 30, 1927, the International Church of the Fourscore Gospel was incorporated in Los Angeles, CA by its founder Pentecostal evangelist Aimee Semple McPherson. She was an enormous influence in southern California for decades, fed over 1.5 million people during the depression, and even won several prizes for the church’s Rose Bowl Parade floats. At the height of her popularity, the police had to direct traffic at Union Station as she came/went on trains because of the on-lookers.