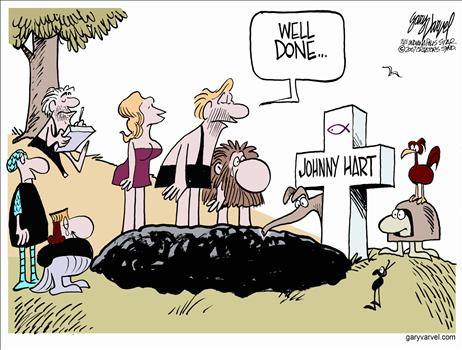 Millions have read the B.C. comic strip created by cartoonist Johnny Hart who died on April 7, 2007. While raised in a Christian home, Hart did not take his faith seriously until later in his life and he used the power of his comic strip B.C. and others (like the Wizard of Id) to share his faith. Some protested to their local paper when Hart shared his faith too much but Hart didn’t care about that. One magazine said Hart was the most-read Christian author in the 20th century surpassing C.S. Lewis and Billy Graham because of his appearing in hundreds of newspapers every day.