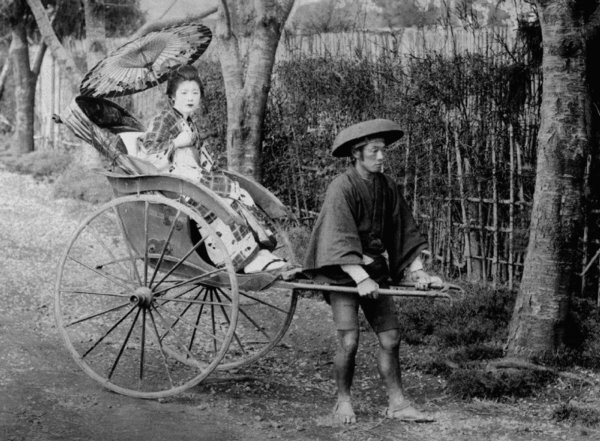 You never know how the Lord will work. When Baptist missionary Jonathan Goble arrived in Japan on April 1, 1826 to begin his mission work with his wife, who knew Mrs. Goble would become ill eleven years later. Doctors told him it would be good for her health if she got outdoors and the remedy was to have 4 men carry her about – but that wouldn’t do for Goble. He invented a two-wheeled cart pulled with long poles and the rickshaw was born. While he never received a patent of any kind, he certainly helped thousands with a job (no, this is NOT an April Fool’s joke!)